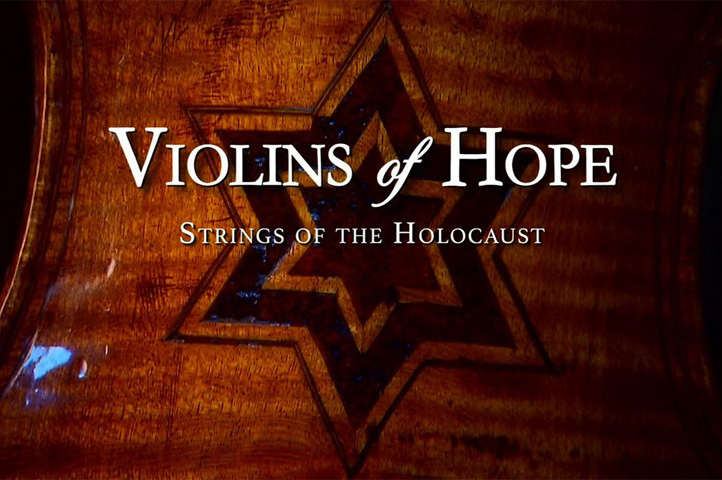 Film: Violins of Hope: Strings of the Holocaust with live performance by SF Symphony chamber musicians at the San Mateo Library

Violins of Hope: Strings of the Holocaust (2016). WVIZ/PBS. One hour. Narrated by Academy Award-winner Adrien Brody, is a documentary featuring Israeli violin maker Amnon Weinstein and his efforts to restore violins recovered from the Holocaust. Some were played by Jewish prisoners in concentration camps; others belonged to the Klezmer musical culture, which was all but destroyed by the Nazis.

Following the screening, Violins of Hope co-founder Avshalom Weinstein will speak about his family’s work restoring the instruments.

San Mateo Public Library will show four films in February on successive Tuesdays related to musicians during the Holocaust, on February 4, 11, 18, and 25, 2020. Films begin shortly after 6 p.m. in the Oak Room.