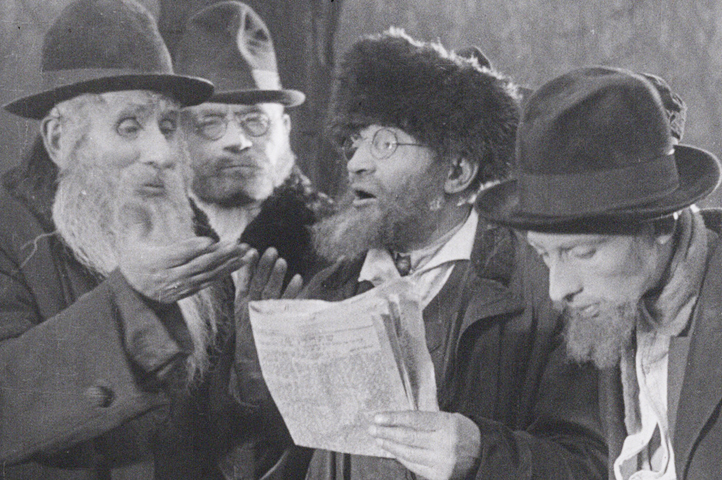 The City Without Jews Cine-Concert at the JCC San Francisco

The City Without Jews is one of few surviving Austrian Expressionist films, and the magnum opus of the great director H.K. Breslauer. Filmed in 1924, it can be seen as a chilling premonition of the Holocaust—the premise is the political rise of the Christian Social Party, which orders all Jews to evacuate Austria. In the ensuing months, the sober reality of a society without Jews sets in, as cultural institutions close and cafes are replaced with beer halls. Eventually, the economy declines and unemployment runs rampant. Based on the dystopian book by Hugo Bettauer and intended originally as political satire, it became the subject of controversy and censorship, especially in conjunction with the rise of Nazism. Featuring an original live score by violinist Alicia Svigals and pianist Donald Sosin, including a performance by Svigals on one of the instruments from the Violins of Hope collection.

The silent film is 91 minutes with English intertitles.

Following the screening, in the Atrium, violin-maker and restorer of the Violins of Hope Avshalom Weinstein will be available to answer questions, and will have three instruments from the collection on display.