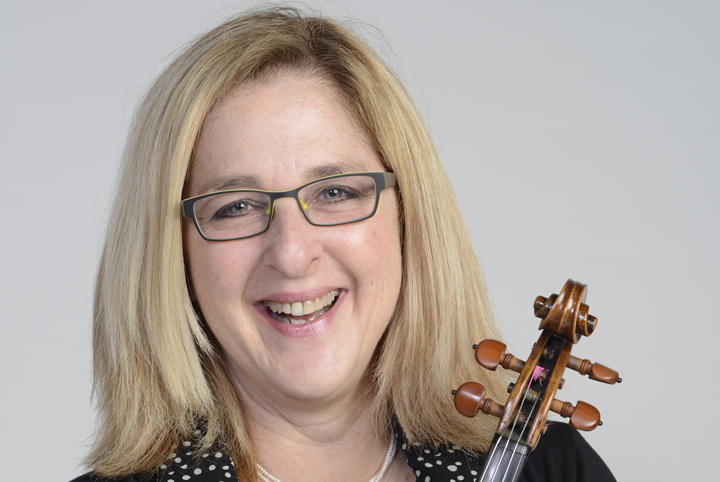 Violins of Hope, a collection of violins rescued from the Holocaust, don’t just tell a story of tragedy, survival and perseverance; they were important tools of cultural life in the Pale of Settlement, where Jews lived and worked before World War II. In this lecture and demo, Cookie Segelstein will discuss the use of instrumental music in Jewish life before the Shoah. Using sound recordings dating back to the early twentieth century and earlier, she will talk about the event that brought communities together, the Jewish wedding, and the roll of the klezmorim, the musicians who facilitated the many rituals important in merging families and communities. Hear old melodies used for making the bride cry, escorting guests to the wedding canopy, accompanying a special dance for the mothers-in-law, among other examples, all played on one of the rescued violins. A child of survivors, Segelstein’s insight into these rituals come from not only her research and that of her colleagues in Veretski Pass, but from her own family traditions.

This program is part of Violins of Hope San Francisco Bay Area presented in association with Music at Kohl Mansion, Burlingame, CA.

Cookie Segelstein, who plays violin and viola, received her Masters degree in Viola from the Yale School of Music in 1984. Until her move to the west coast in 2010, she was principal violist in Orchestra New England and assistant principal in The New Haven Symphony Orchestra. She is the founder and director of the trio Veretski Pass. Cookie has presented lecture demonstrations and workshops on klezmer fiddling all over the world. She was featured on the ABC documentary A Sacred Noise, and has been heard on HBO’s Sex and the City and on several recordings including the Veretski Pass self-titled release Trafik and the newly-released The Klezmer Shul. She is active as a Holocaust educator and curriculum advisor and has been a frequent lecturer at the Women’s Correctional Facility in Niantic, Connecticut. Cookie lives in Berkeley with Joshua Horowitz, a dog, and her occasionally visiting two adult children.