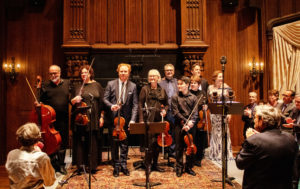 The shared humanity and resonance of the Violins of Hope never seemed so poignant. Here are some of the highlights:

• West Coast debut of Violins of Hope featured 52 instruments from a priceless collection of 87 recovered and restored instruments played by Jewish musicians before and during the Holocaust era; the collection was established by Israeli father and son luthiers Amnon and Avshalom Weinstein, Tel Aviv, Israel; 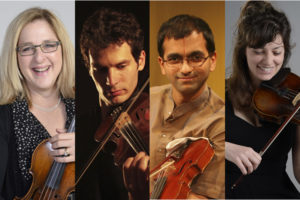 • 11 concerts of klezmer/folk/traditional/world music titled “Along the Trade Route” led by klezmer violinist and historian Cookie Segelstein and friends; all violinists performed on instruments from the VOH collection; 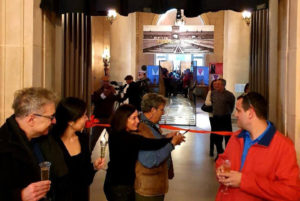 • 3 public and highly popular curated exhibitions were presented in San Francisco: Violins of Hope, A Journey of Heroism, Healing and Humanity; Foster City: The Weinsteins’ Workshop, the Luthiers Who Restored the Violins of the Holocaust; and Los Gatos: In the Artist’s Studio: The Workshop of Amnon and Avshalom Weinstein and the Violins of Hope; 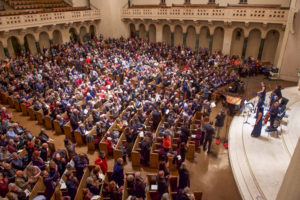 • Special Holocaust Remembrance Day free civic event and concert at San Francisco’s Congregation EmanuEl (with Simone Dinnerstein and New Century Chamber Orchestra, and a performance of Heggie’s Intonations: Songs from the Violins of Hope) commemorating the 75th Anniversary of the Liberation of the Auschwitz-Birkenau camp; and a special commendation presented by the Consul General of Israel, Shlomi Kofman, honoring VOH co-founders Amnon and Avshalom Weinstein;

• 12 films were screened about music during the Holocaust era and a documentary entitled Violins of Hope: Strings of the Holocaust;

• One Holocaust-era violin donated to the collection from a San Francisco resident and presented to Avshalom Weinstein at the San Francisco Veterans Building exhibition on March 13;

• 19 public events and/or concerts were admission-free; 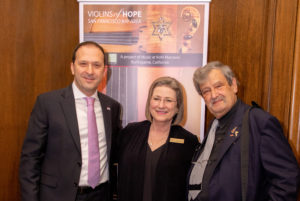 *Peninsula Symphony has rescheduled its two Violins of Hope concerts for September 11 and 12.
**Attendance does not reflect the 11 canceled public and private events due to the coronavirus.